Much of the equipment has been built to fulfil in house needs but we also undertake commissions for external clients.

Though we do not certify our products to RoHS the products are manufactured using, as far as reasonably practical, RoHS certified parts including Lead Free solders.

Our products are normally branded to suit our Company house style but we can incorporate your Logo if required.

Some Examples of equipment previously made and supplied to Rail customers is shown below:

All of our equipment is fully tested for functionality and safety prior to despatch and a test certificate supplied. 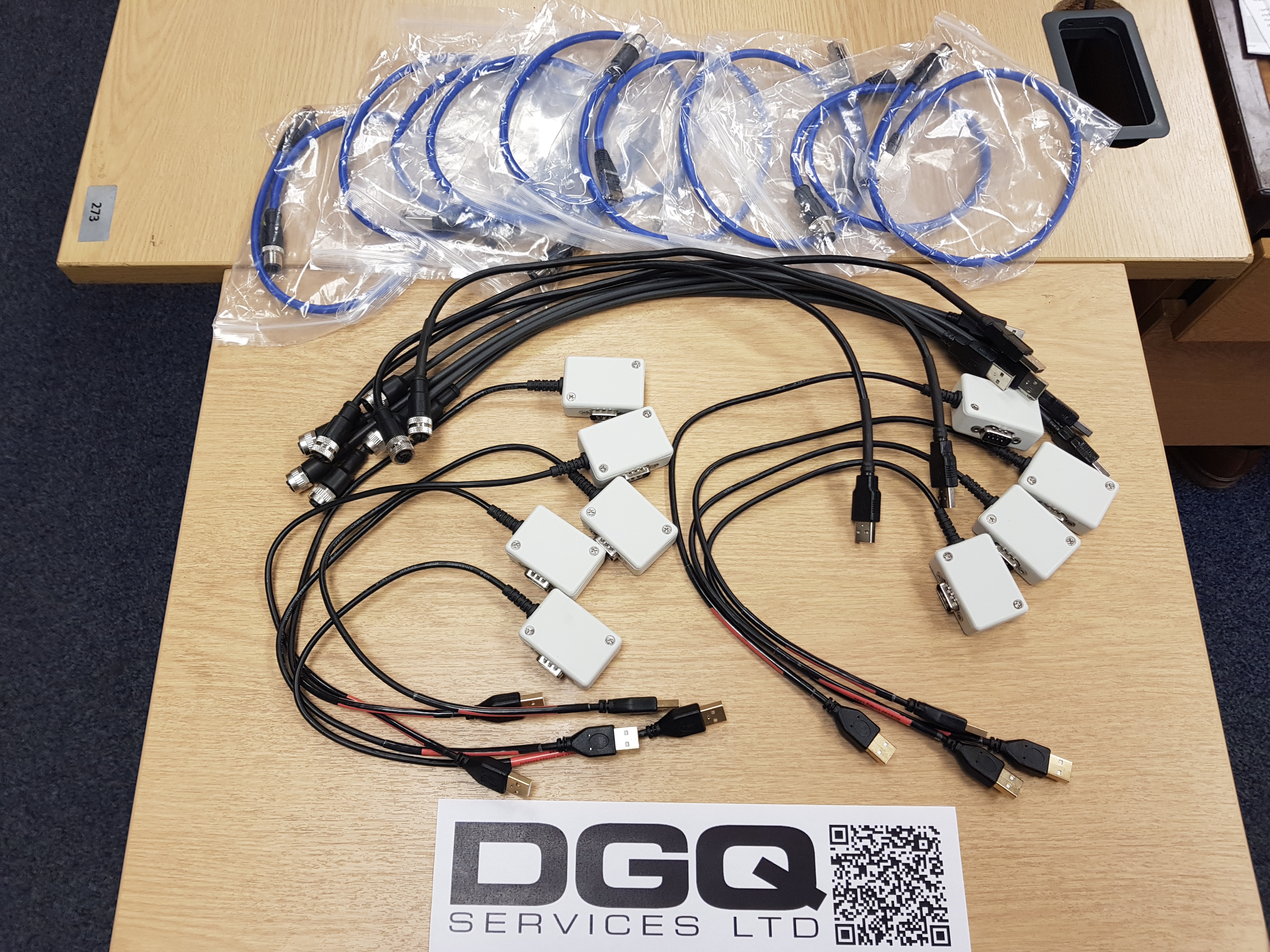 These cables are used to carry out initial programming of the various pieces of the hardware in the TCMS system.

D G Q Services Ltd. built, tested and supplied ten sets of these leads to the Validation Services Team at Bombardier for use during the type approval testing of the Class 345, 'Crossrail' electric trains. 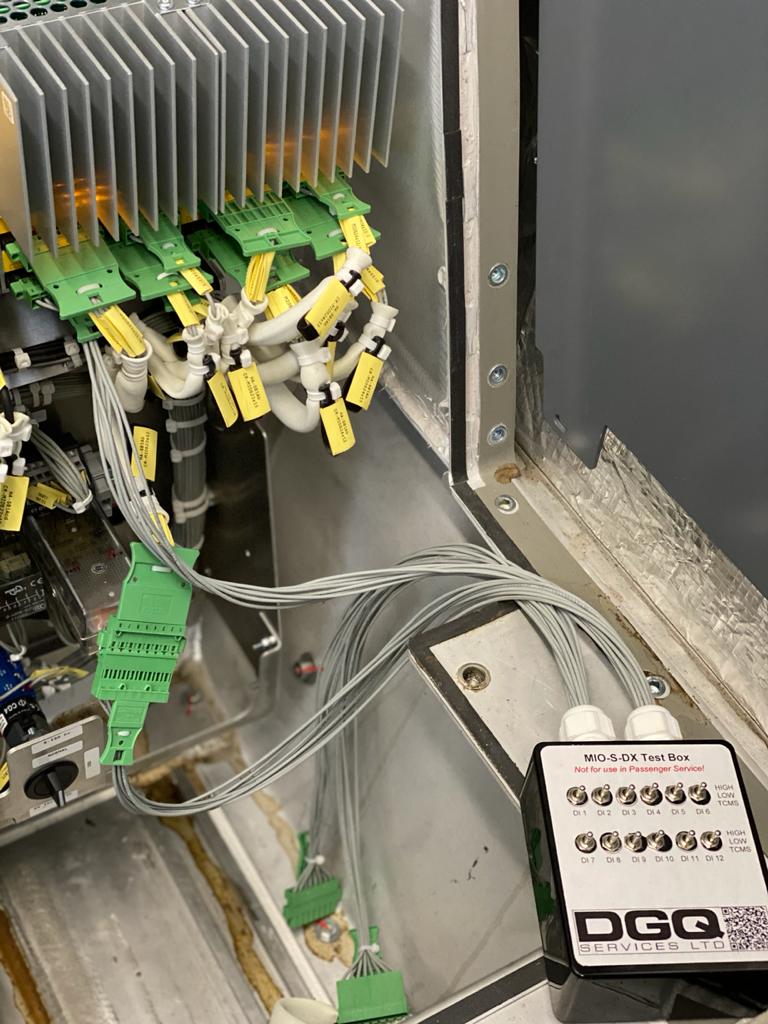 The MIO breakout box is used to interrupt or stimulate the various inputs on the Multi Input Output segments of the train TCMS hardware. The inputs operate at 110 VDC and in some test applications it is necessary to stimulate multiple inputs simultaneously. The break out box allows this to take place safely and without compromising the vehicle wiring. 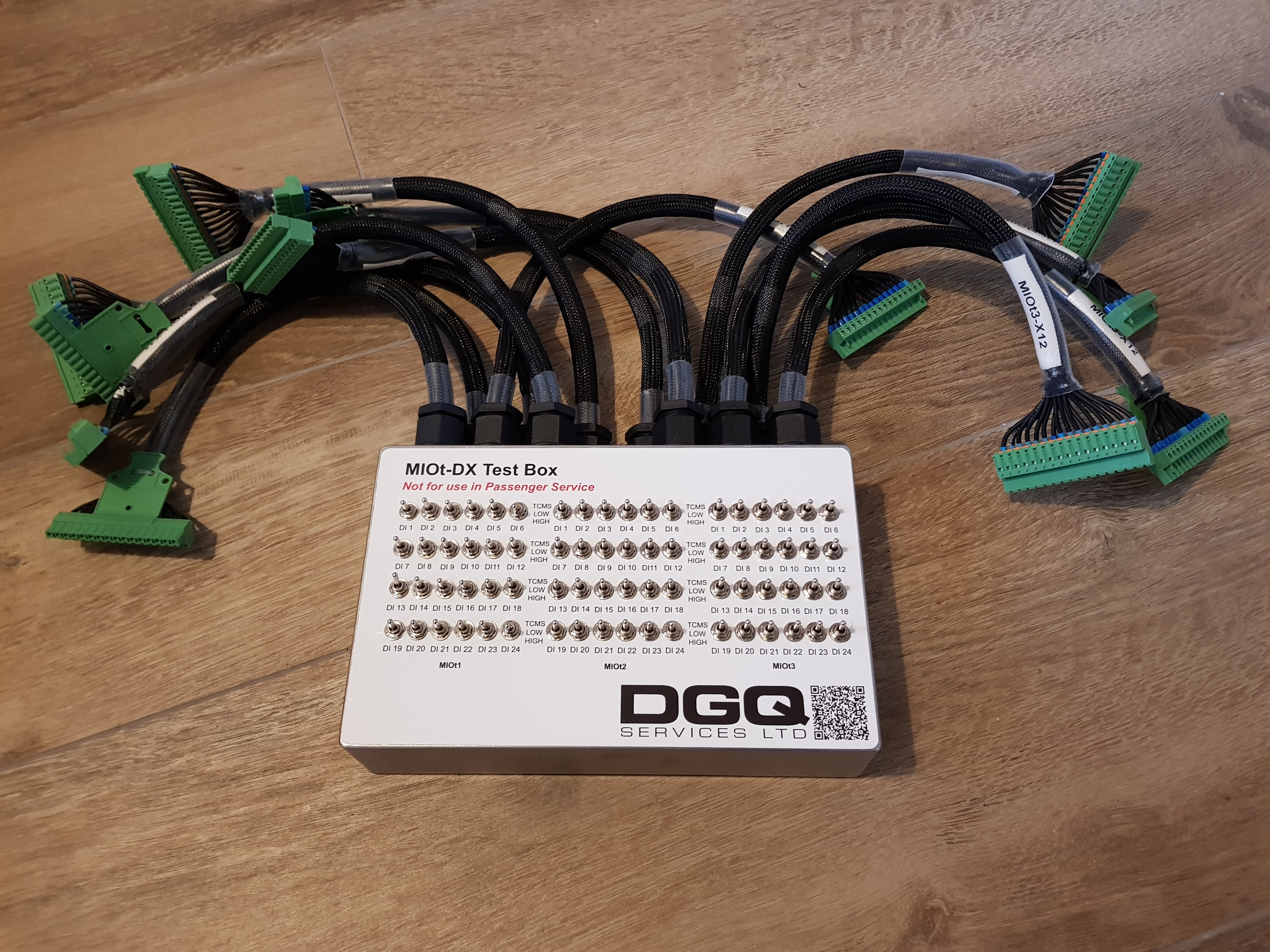 The concept of the breakout boxes is very similar; customer feed back and our own 'lessons learned' have lead to modifications and improvements as the product develops. The early breakout boxes for the MIO-S were built for our own use and are 'prototype' builds with a few bits that could have been improved. As we built more of the boxes we moved from a scrap paper design to a project fully modelled in Fusion 360 and used higher volume methods of production.

We believe that the volume methods used create a more reliable piece of equipment. 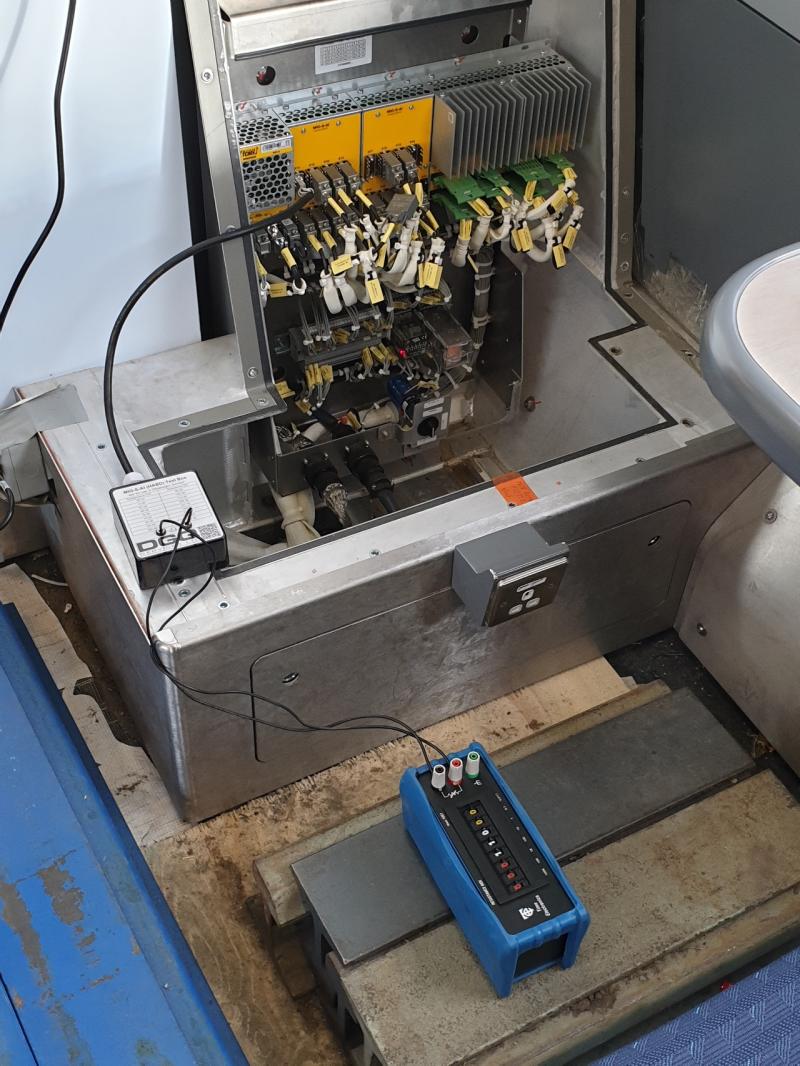 The HABD breakout box is used in conjunction with a decade resistance box to simulate the output from one of the hot axles box temperature probes.

The breakout box also deals with the TCMS monitoring of the HABD circuit and prevents the TCMS from detecting a fault and removing that particular input from the system during testing.

We would have been happy to supply the interconnect lead between the HABD breakout box and the Decade Resistance box but the customer said that they would supply their own (we'd have done it better!)

Quick and Dirty (but still safe!) 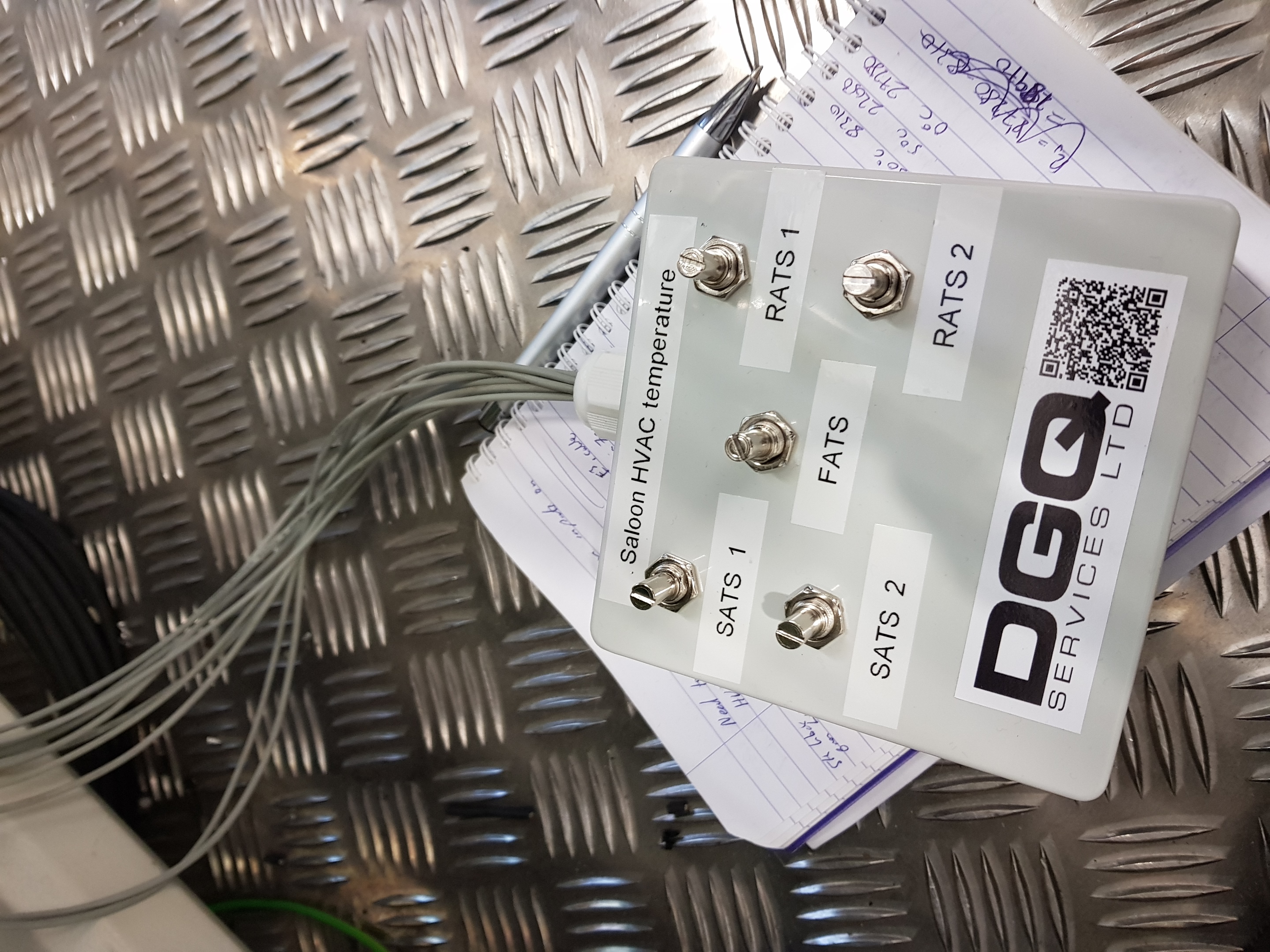 Whilst carrying out test work on the HVAC system of the Class 345, working on the Functional Integration Rig at Bombardier's Litchurch Lane site, we found that the code for simulating the Saloon temperatures and the outside air temperature had not been written in a way that would allow fine granularity of the temperature for testing purposes.

The above breakout box was built, one evening, after looking at the schematics for the train and working out what was required.

It allowed us to complete the test without having to re-programme and recompile the simulation software (which, if we're being honest, would probably beyond what we would be happy doing)